What Landlords Can Do To Regulate Pot In Rental Properties 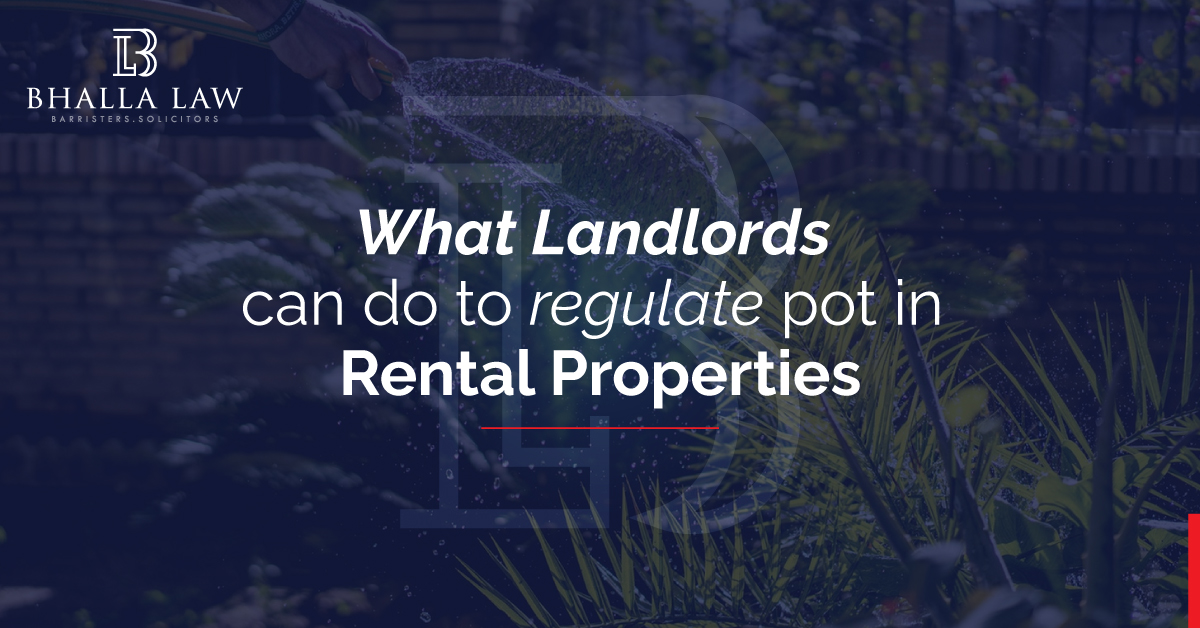 The marijuana debate has been heatedly contested in recent years. Marijuana is legal for medical use in another twenty-two states, and its recreational use has been legalized in eight states. The idea of permitting marijuana use in rented homes or apartments seems harmless enough, but is it? Thoughts to Have Before Drafting a Marijuana Use Policy for Rental Properties

Regarding cultivating marijuana, laws vary significantly between states or territories. In some jurisdictions, residents are permitted to produce a certain number of cannabis plants at home, with some laws dictating the maximum number of plants that can bloom at once. Some jurisdictions have different medical and recreational marijuana use rules, while others permit only registered medical patients to cultivate their own.

Although these variations exist, one thing remains constant: the permitted amounts are adequate for personal use only. The state government issues a separate permit for commercial growers.

Landlords and property owners have the right to set their policies regarding the cultivation of cannabis by their tenants. Indoor growing lights use a lot of power, and outdoor plants could entice intruders onto your property if they look appealing enough. Including a clause in the lease to that effect is a surefire way to prevent any growth from occurring.

Is there a mortgage on the property?

This is important because most loan documents contain language requiring the borrower to comply with state and federal laws. Allowing marijuana use in rental properties could violate your loan documents due to the continued federal prohibition.

Did you take any government aid to purchase this home?

A wide range of people falls into this category, from those who use Section 8 vouchers to live in the building to those who take advantage of tax credits for building renovations. These programs typically comply with state and federal laws, so marijuana use in rental properties could be considered civil or criminal fraud.

Who else could be at risk?

Infractions of local, state, or federal regulations may result in legal consequences for more than just the property owner. Associations of homeowners, property managers, and other agents working on the owner's behalf may also bear responsibility. Before deciding whether or not to legalize marijuana use in rented homes, the issue should be discussed with all relevant parties.

Are damages resulting from criminal acts covered by your insurance policy?

Think carefully about your insurance plan. Tenants who used butane to extract THC from marijuana caused many fires. Even if marijuana use is legal where you live, your insurance company may not pay for any damages caused by tenants.

In the event of smoke damage, are you prepared to cover the costs?

Units exposed to smoke—from cigarettes, marijuana, or otherwise—cost more to recover and maintain. Smoke gradually penetrates porous surfaces like walls and carpets. Eliminating all traces of smoke can be a laborious process. Both current and future residents are affected. Anyone with asthma, emphysema or other lung conditions may have difficulty breathing in a unit exposed to smoke.

How will marijuana use affect other residents?

Unfortunately, smoke and smells cannot be contained in a single unit. This could be a safety hazard and an annoyance to the neighbors. There is mounting evidence that secondhand smoke travels quickly from one apartment to another and that it poses just as many risks to those exposed to it as it does to smokers themselves. Landlords, property managers, and HOAs could be subject to complaints if they permit marijuana use on their premises or even lawsuits if a tenant or resident alleges that secondhand marijuana smoke caused health problems.

What options then do landlords have?

It can be difficult for new landlords or HOAs to keep up with the ever-evolving legal landscape regarding marijuana use in rented properties. Having a property manager who is well-versed in these laws on your side is a great way to ensure your safety.