What Does Bail Mean in Canada:

What Does Bail Mean in Canada: 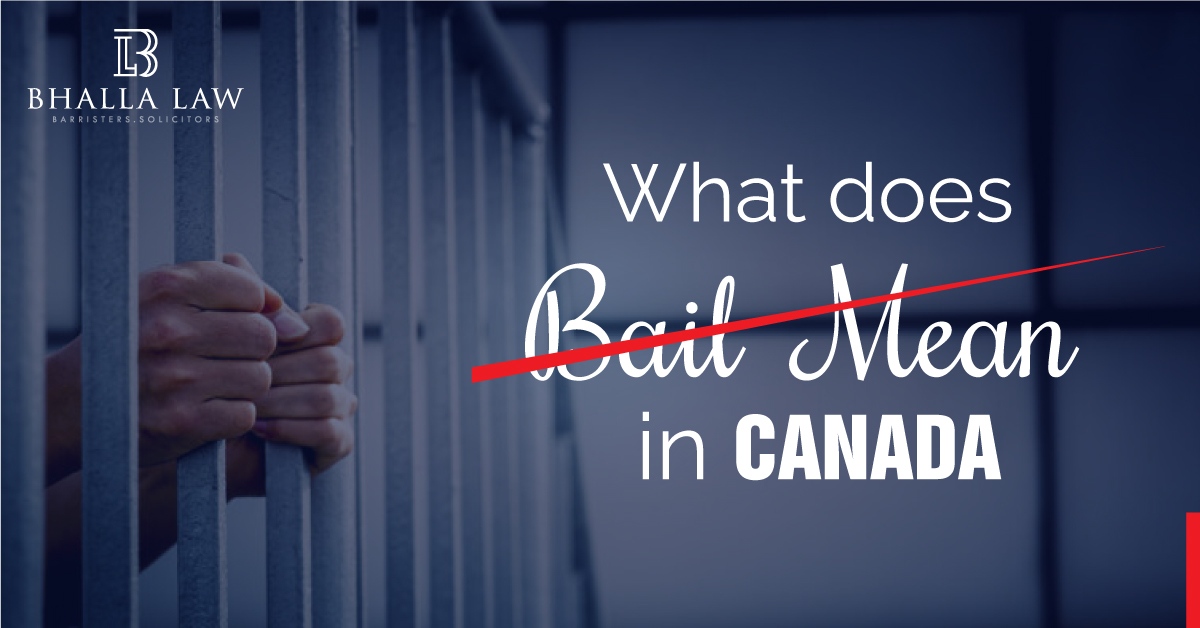 The term bail refers to a temporary release of a person charged with different laws of a country while the charges are working the accused way and through the court toward the resolution. In Canada, bail means, or instead, it is called Judicial Interim Release. Suppose the police of Canada believe that it is imperative to detain the accused than to release the accused after arrest. They have to bring the accused to the court to make the accused appear in front of the Justice. But, if the judge is not present in that time, they are to submit as soon as possible the accused or within 24 hours.

Meaning Of Bail In Canada:

In Canada, bail is utterly different from other countries. Because in most countries, bail can be granted with some money, but it is not even an option in Canadian criminal courts. In Canada, the accused has to be bought into the bail court, and then they have to be put in front of the judges who will be present to give Justice. After that, the lawyer who will talk on behalf of the accused will present the case to the Court prosecutors. Then they will have a brief discussion within themselves, and then they will decide whether the accused will be granted the bail or not and if the accused will be granted, then on what condition the accused be granted bail. If the accused agrees to the Court's terms and conditions, they suggest that the charge can be released upon consent before the main Justice.

If the Court thinks that the accused should not be bailed or the charged and the court is not getting into any agreement with each other or with the court's terms and conditions, a show-cause meeting or hearing will occur, which is commonly known as a bail hearing. In that bail hearing, the accused have to prove why the accused should be bailed in front of the Court. Simultaneously, the height also demonstrates why the charged should stay in jail. And this method is known as reverse Onus.

If the court stills do not agree, they have scheduled another date for an accused's bail hearing. And if the bail becomes burdensome, the accused lawyer has to do more homework and hard work to get the bail for the accused. And if the bails seem impossible, the accused has to ask for a guilty plea without any bail. Every bail depends on the intensity of the crime and the role of the accused in that crime.