Separation Agreements: Everything You Should Know

Separation Agreements: Everything You Should Know
20 August 2022 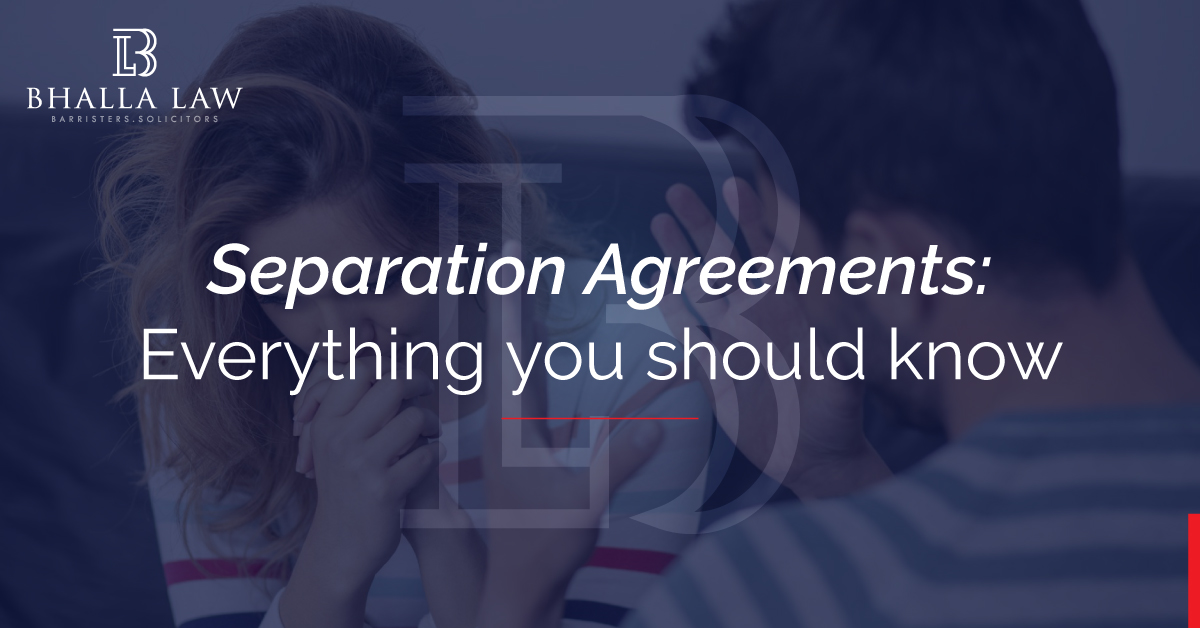 Without the time and money commitment of a contested divorce, a separation agreement can help you and your current spouse gets through the challenging process of separating. If a married couple decides they want to live apart, they can legally use this document to do so.

You and your spouse will have more leeway in crafting an agreement that meets your needs and those of your family, although it shares many features with a divorce settlement.

Time, energy, and money can all be saved by preparing the divorce paperwork on your own. In many cases, you can get a divorce decree without hiring an attorney or going through the court system.

Issues such as child custody, visitation, child support, alimony, and property division may all be addressed in this confidential document. If both parties have agreed to a separation in writing before the divorce is finalized, the agreement can be submitted to the court by the attorneys involved in the case.

Due to the binding nature of a legal separation agreement, it is in everyone's best interest for the divorcing couple to consider their respective positions and work diligently toward reaching a mutual agreement on all issues.

Justifications for Considering a Divorce Settlement

A couple's decision to split up can be motivated by many factors. Among the many possible occasions on which a separation agreement would be appropriate are the following:

So what exactly should be in my divorce agreement?

All over again, it depends on the specifics. Due to the unique nature of each partnership, the process of dissolving it will take on its special appearance. This is the foundation upon which you should build:

There may be other considerations, depending on your situation's specifics. Among other things, the law requires complete openness regarding your financial situation.

Other issues will inevitably surface during the separation agreement process, and some may render the agreement invalid.

When getting a divorce, do you need a lawyer, or can you make your agreement?

There's always the option of drafting your separation agreement with your spouse. However, there are times when expert assistance is warranted. The following are some examples:

As difficult as it is to consider ending a relationship, a separation agreement can help smooth the way. To make a good decision for both of you, educating yourself on contracts before you start is a good idea.